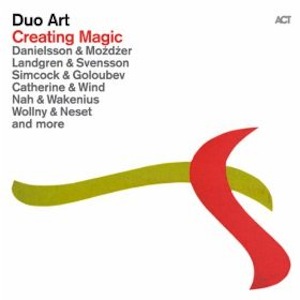 In 2014 ACT introduces a new series: Duo Art. You could almost say: duo is the new trio! No other constellation of musicians can potentially be as flexible, interactive and democratic as the duo. It's the most reduced way of making music together. At the same time it can open a whole musical world without borders. Two musicians acting as one and in a dialogue at the same time. Call and response - it's jazz in its purest form. Sometimes less is morewhen it comes to creating magical moments - like "Duo Art: Creating Moments" proves.

"Two is still the optimum to get maximum jazz interaction with minimum organisation."
The Jazz Breakfast