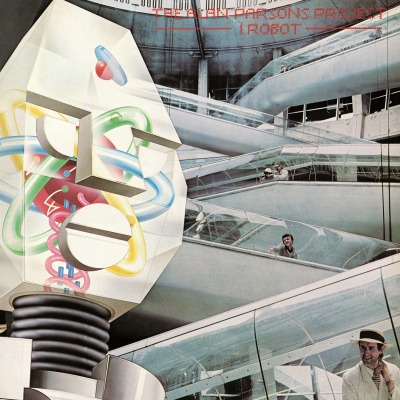 I Robot is their second album and was originally recorded in 1977. It was intended to be based on the 'I, Robot' stories written by Isaac Asimov, who was enthusiastic about the idea. However, as the rights already had been granted to a TV/movie company, the album's title was altered slightly by removing the comma, and the theme and lyrics were made to be more generically about robots rather than specific to the Asimov universe.

"This an art rock album instead of a pop album."
All Music