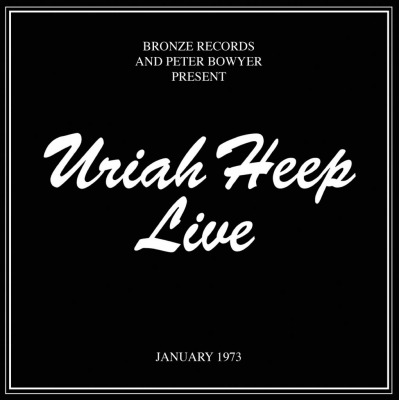 Live 1973 is the definitive live recording of the classic Uriah Heep line up. Having found worldwide success by releasing a string of big hitting albums, the band toured extensively during the early '70s. The band was recorded before an ecstatic crowd in Birmingham, UK, delivering a set of heavy Rock classics with all volume knobs on 11. Featuring improvised jams, wailing organs and incredible guitar solos, Live 1973 is a double whammy of Uriah Heep classics and a testament to the band's legendary live performances. Songs like "Traveller In Time" and "Love Machine" literally burst out of the grooves. The record closes with a medley of Rock & Roll classics, seamed together like only the Heep can.

"It is a solid listen for the group's fans."
All Music