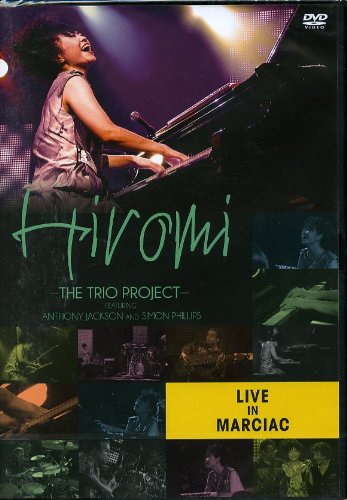 For her 2011 release, "Voice", and its follow up, "Move", the Japanese composer/pianist assembled a trio that included herself and two ace veterans contrabass guitarist Anthony Jackson (Paul Simon, The O Jays, Steely Dan, Chick Corea) and drummer Simon Phillips (Toto, The Who, Judas Priest, David Gilmour, Jack Bruce). Now comes a DVD release, "Live at Marciac", which showcases not only Hiromi's astounding technique and commanding leadership, but also her trio's high level of innovation, improvisation and originality.

"So, if you're in the mood for some unbelievable pianism, this is the show for you!"
Amazon