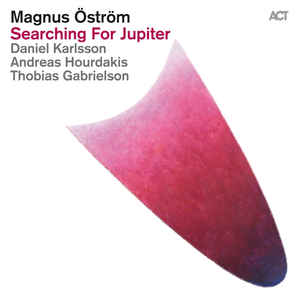 It took two years for Magnus Öström to find his way back to music after the tragic death of his friend Esbjorn Svensson and to bring out his first own album: 'Thread of Life'. Öström now presents his follow-up 'Searching For Jupiter'. His loss is still palpable in heavy, yearning tracks like 'Mary Jane Doesn't Live Here Anymore' or 'Hour Of The Wolf', but Öström has taken some decisive steps forward: He now has a strong and tight band together with guitarist Andreas Hourdakis, bassist Thobias Gabrielson and pianist Daniel Karlsson. They have rigorously pursued a jazz rock and progressive rock leaning - 'The Moon (And The Air It Moves)', for example, is reminiscent of Pink Floyd not only in name, and there is more optimism again: Melodies once again play an important role ('Dancing At The Dutchtreat'), even major-key cheerfulness shines through from time to time ('Happy And The Fall'), and the album ends with an anthem of hope with 'At The End Of Eternity'.

"The musical scope is impressive, the quality of playing even more so."
All About Jazz