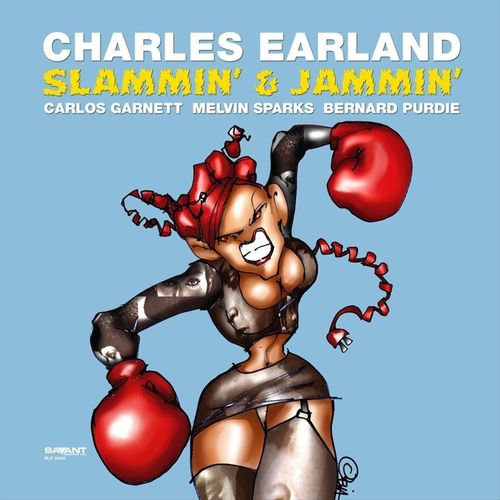 Charles Earland's May 1997 recording of "Slammin' & Jammin", re-released by Savant as part of their 180-gram LP series, is among the artist's very best. It offers a collection of familiar and soulful covers from Bill Doggett's "Honky Tonk" to Stanley Turrentine's "Sugar". Among the crew are guitarist Melvin Sparks, funky drummer Bernard Purdie and Carlos Garnett on tenor sax.

"Nice of the Mighty Burner to leave such a tasty jam for soul jazz lovers and organ groove fans."
All About Jazz