THE QUEEN OF THE PARTY / Irene Reid 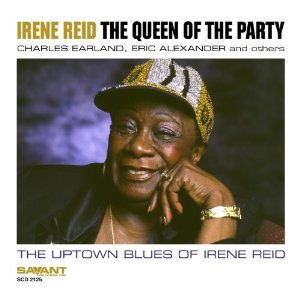 From her days singing with the Count Basie band as a replacement for Joe Williams, to her Indian summer of renewed popularity, Irene Reid always lived up to her moniker, The Queen of Uptown Blues. Like Dinah Washington & Esther Phillips, Irene had a church background and never lost that divine intensity or power to convey the emotions in a lyric. Her most notable post-Basie gig was playing the wicked witch on Broadway in "The Whiz." Here is a program featuring Irene, the Charles "Mighty Burner" Earland, Eric Alexander and the rest of the crew doing what Irene did best: the Uptown Blues.

"If you enjoy a party and want to hear the real deal of what a Harlem jazz club was like on a Saturday night then this release is right up your alley!"
Jazz Critique