THE SYSTEM HAS FAILED / Megadeth 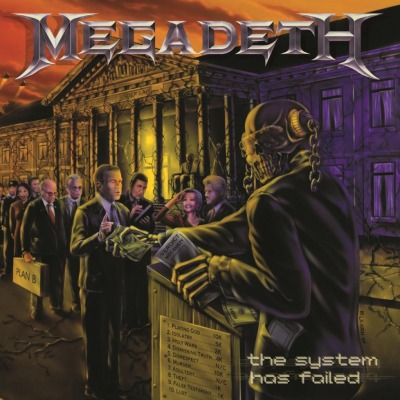 When Dave Mustaine was diagnosed with radial neuropathy (strained nerves in his left arm and hand) in 2002, it almost meant the end of Megadeth after two decades of thrash metal. Megadeth's first years are deemed legendary with classic albums such as Rust In Peace and Countdown To Extinction.

Then in 2004 Mustaine resurrected Megadeth and released The System Has Failed. A surprise return including Chris Poland on guitar whom Mustaine fired after the masterful Peace Sells album. This re-pairing makes the album even more ferocious than the good old fashioned Megadeth thrash is all about. Dave Mustaine is going for that vibe on "Back In The Day" and he infuses it with melodic songwriting which makes this an outstanding Megadeth album, if not, the best Metal Album of 2004!

"It most certainly blows away practically every other aboveground metal album of 2004."
All Music