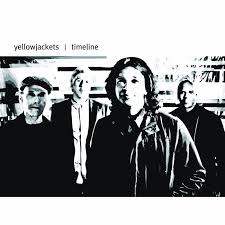 The Yellowjackets celebrate 30 Years together with the release of this album, featuring special guest guitarist Robben Ford and trumpeter John Diversa. It is the band's 21st official recording and their background gleams with various honours, including 17 Grammy nominations and two Grammy awards. Musically, the terrain is characteristically diverse but also cohesive, melodically accessible and also gently experimental, in keeping with the Jackets' concept for three decades.

"After 30 years, The 'Jackets have accomplished the damn-near impossible, by staying together and continuing to deliver good music."
All About Jazz