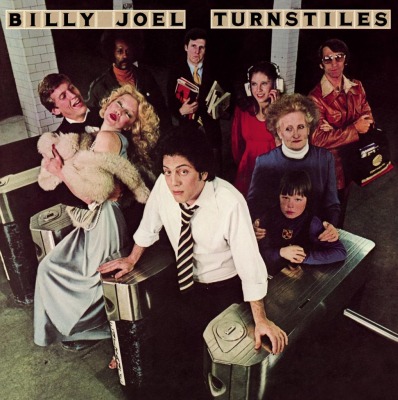 His fourth album Turnstiles (1976) marked Billy Joel's return to his hometown of New York, after his  previous two albums Piano Man [MOVLP521] and Streetlife Serenade [MOVLP412] were recorded in glitzy Los Angeles. Listening to Turnstiles it is clear that Joel felt right at home in the Big Apple (with "New York State Of Mind") whilst closing the chapter on his California days ("Say Goodbye To Hollywood" ).

With solid back up from his tried and true touring band, Turnstiles is an all-killer-no-filler set of eight songs pop classic.  From Sinatra to Springsteen, this Beatle-esque troubadour coasts along with a wide variety of Pop styles with the result truly Joel's own.

"It remains one of his most accomplished and satisfying records."
All Music