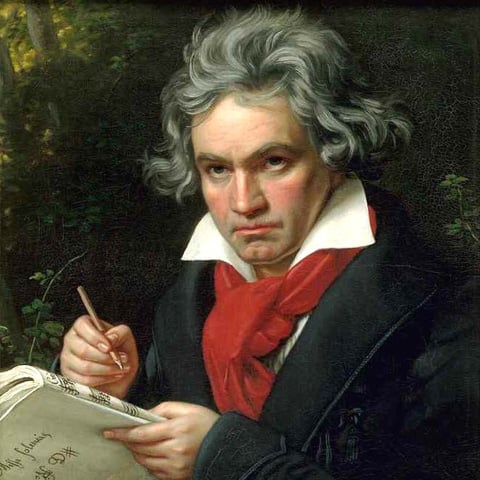 Ludwig van Beethoven was a German composer and pianist. A crucial figure in the transition between the Classical and Romantic eras in Western art music, he remains one of the most famous and influential of all composers. Born in Bonn, then the capital of the Electorate of Cologne and part of the Holy Roman Empire, Beethoven moved to Vienna in his early 20s, studying with Joseph Haydn and quickly gaining a reputation as a virtuoso pianist. His hearing began to deteriorate in his late twenties, yet he continued to compose, conduct, and perform, even after becoming completely deaf.