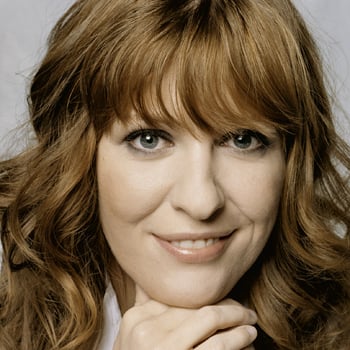 Ida Sand was born in 1977 into a very musical family in Stockholm. She started playing the cello at age 8 but the instrument did not leave much of an impression. Instead, Ida spent more and more time at the piano, singing along while tinkling the keys for hours. She did not let her mum teach her, she wanted to learn for herself and so she did. At 16, Ida went to study at the music gymnasium in Stockholm and two years later, she went on to the Academy of Music in Gothenburg, where she immersed herself in the city’s lively Jazz scene.

With her second album True Love, she took on an even more personal sound than her previous work for this was also the interim period Sand has become the mother of a baby girl. True Love is produced by her husband, the guitar player Ola Gustafsson. With her latest collection of work, Sand fulfils a long harboured dream: to unite her three great musical influences – jazz, gospel and soul – with her own personal signature.

"Ida Sand sings with power and she is the most soulful white female singer to come along in some time.”
Jazz Podium