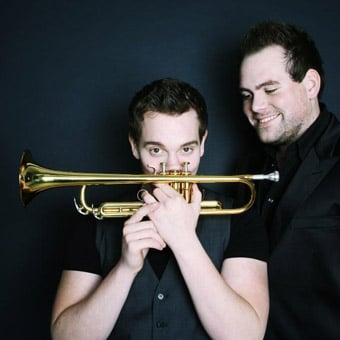 The Wasserfuhr brothers are an exceptional phenomenon of the German jazz scene. Such incredible and astonishing maturity of Julian Wasserfuhr had not been heard in a young trumpeter. Equally impressive is the way his older brother Roman accompanies him on the piano in a near symbiotic way.

By playing numerous concerts the Wasserfuhrs quickly reached a broad audience and gained acclaim on the scene. Having recorded with jazz stars Nils Landgren and Lars Danielsson in Gothenburg, they put aside the label "Young German Jazz" and entered the major league of German jazz.

"Not everyone dares to do that. The result is the opposite of show-off jazz."
Mathias Brandt