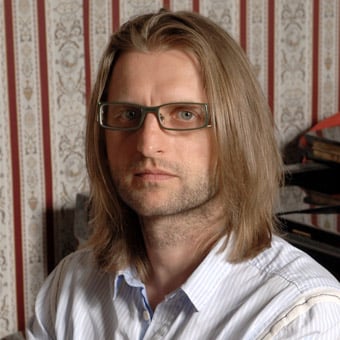 Born in 1971, he has been playing the piano since the age of five. He became interested in jazz relatively late - in the last grade - when he was 18. His proper start took place at the first rehearsal with a band called Miłość (Love) back in 1991.

From then on, the young pianist has been receiving some of Poland’s most prestigious music awards. Among them the Krzysztof Komeda Prize (1992), the 1st prize at the International Jazz Improvisation Competition in Katowice in 1994, the most important Polish music award "Fryderyk 1998" as Jazz Musician of the Year, the Prize of the Mayor of the City of Gdańsk for outstanding artistic achievement (1999) and the Grand Prize of the Polish Culture Foundation 2006 for outstanding performances promoting Polish Culture. In the poll organized among the readers of the Polish jazz magazine “Jazz Forum”, Leszek Możdżer was voted the most promising musician of the year in 1993 and 1994, as the musician of the year in 1995 and 1996 and as best pianist for 14 years in a row – from 1994 – 2008.

"He has been attracting this-guy-is-amazing-reviews since the early 90's."
Jazzwise