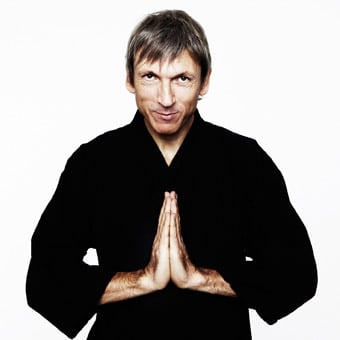 Magnus Öström was born in 1965 in Sweden. His brother Tommy influenced Magnus in his early years with his eclectic record collection including Jimmy Hendrix, Deep Purple, Almond Brothers and Lynyrd Skynyrd. At the age of eight he built his first drumkit and only a year later he started his first band together with a kid from across the street, Esbjörn Svensson.

After going to a concert of Billy Cobham with John McLaughlin in 1978 he got him into jazzrock. In 1991 him and Esbjörn started the predecessor to e.s.t. and in 1992 Dan Berglund joined on bass. During his life as a musician Magnus played with a selection of Swedish bands and artists such as Bobo Stenson, Lennart Åberg, Palle Danielsson, Svante Thuresson, Nils Landgren, Stina Nordenstam, Peter Gullin, Steve Dobrogosz, and also international artists such as Michelle Hendricks, Benny Golson, Curtis Fuller, Mulgrew Miller, Buster Williams, Roy Hargrove, Stefon Harris, Pat Metheny and Alan Pasqua.