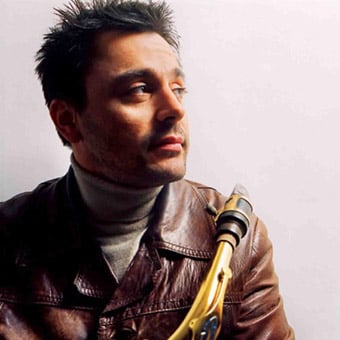 Ten years after having started saxophone in his native Britanny, Pierrick Pédron discovered the world of jazz at the age of 16. 2 years later he entered CIM and got involved in many Funk, Rhythm’n Blues projects. His first record came in 1994. Prize-winner of the Défense contest in 1996 with the “Artaud / Blanchet” formation, he continued his experiences within the “Nuits Blanches” gigs at the Petit Opportun concert hall with Lionel Belmondo (Belmondo brothers) and François Théberge, gigs with Alain Jean Marie and an album of Ernie Hammes which took him to New York. In 2000 he went back to France.

“'Deep in a Dream' is a waking dream, a wish fulfilled in which music is played."
All About Jazz