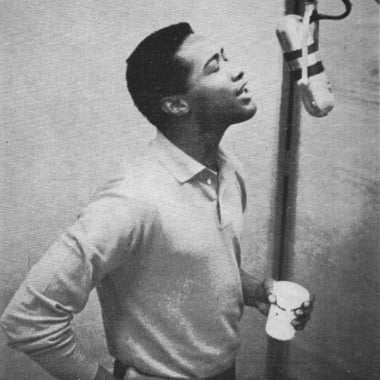 Samuel Cook (1931 – 1964), better known under the stage name Sam Cooke, was an American gospel, R&B, soul, and pop singer, songwriter, and entrepreneur. He is considered to be one of the pioneers and founders of soul music. He is commonly known as the King of Soul for his distinctive vocal abilities and influence on the modern world of music. His contribution in pioneering soul music led to the rise of Aretha Franklin, Bobby Womack, Al Green, Curtis Mayfield, Stevie Wonder, Marvin Gaye, and popularized the likes of Otis Redding and James Brown.