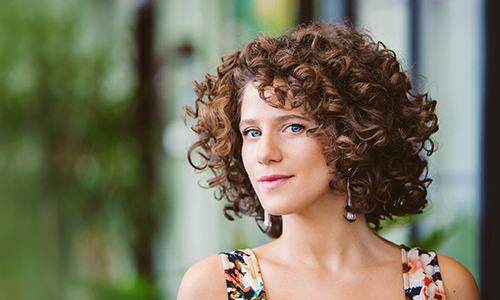 Cyrille Aimée is playing at İş Sanat tonight for her first ever İstanbul appearance. One of the most prominent names of the new generation of jazz vocalists, Aimee, who is trained at the American School of Modern Music in Paris, has a musical career extending from the streets to the stages of the Paris clubs, to jazz festivals. After winning the Montreux Jazz Festival Vocal Competition in 2007, she became the finalist of Thelonious Monk Institute International Jazz Contest in 2010 and won the Sarah Vaughan International Jazz Vocal Competition in 2012. At the same time, Cyrille Aimée is one of the 16 finalists of the Star Academy, the French version of the famous American Idol voice competition. Cyrille Aimée will meet her audiences in İstanbul for the first time with her extraordinary voice and stage performance. Her second Mack Avenue Records recording, the groove-spirited Let’s Get Lost will be on sale at the show.