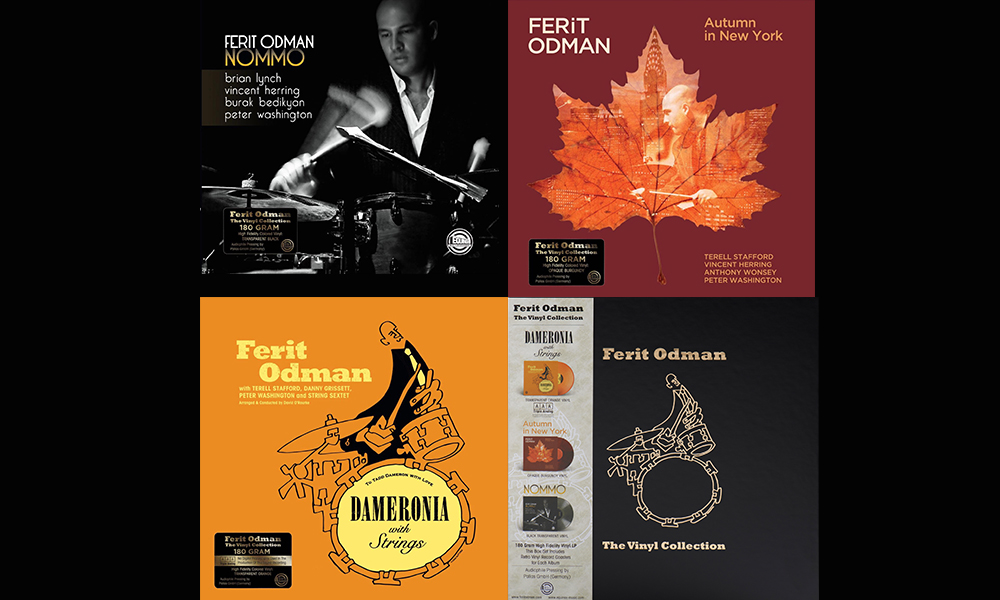 Ferit Odman's new box set named "The Vinyl Collection" and the special vinyl editions of his previously released albums are out! “The Vinyl Collection” brings together all previously released albums of Ferit Odman in a very special collection. You will find Ferit Odman’s critically acclaimed debut “Nommo”, his second recorded in New York named “Autumn in New York” and his latest album “Dameronia with Strings”, which is honourably archived by jazz lovers and audiophiles around the world, together in this impressive collection as 180 gram high fidelity coloured vinyl LPs wrapped together. Another great surprise “The Vinyl Collection” offers is the set of three beautiful vinyl coasters that comes along with the package.