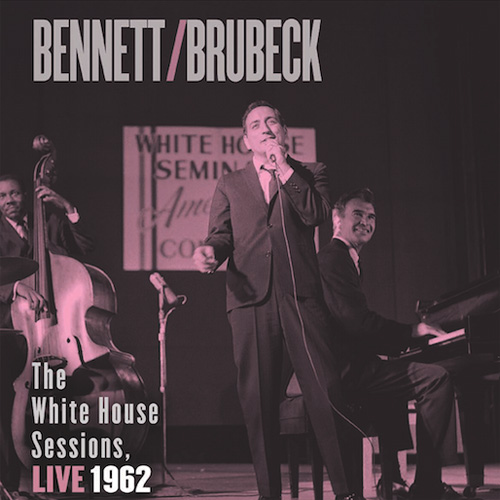 I’m all for hearing ever-improved re-reissues of old favorites, often on spectacular-sounding 45rpm platters. But it’s also really nice to receive something fresh, and this never-before-released gem recorded live in August of 1962 at the White House Seminar American Jazz Concert is pretty wonderful. Disc one features the Dave Brubeck Quartet, which kicks off with a fast-paced rendition of “Take Five.” As usual Paul Desmond’s sweet-sounding alto is a highlight, and the band really cooks throughout its four tracks. Bennett gets to shine on the second LP, delivering a joyful set with his trio that culminates in “I Left My Heart In San Francisco.” The Brubeck group, sans Desmond, joins Bennett for the final side’s unrehearsed set of tour tunes, and it’s a treat to hear Bennett perform with a more swinging jazz group.

The tape was discovered in 2012, and Kevin Gray and Impex’s Robert Pincus mastered the two-LP vinyl edition. The concert was recorded outdoors at the Sylvan Theater, so don’t expect spectacular sonics. Still, the sound is quite clean (if a tad lean), the balance is excellent, and there’s plenty of dynamic snap (check out Morello’s drum solo on “Castillian Blues”) and good energy in these grooves.

Bennett again…my apologies, but this truly historic set, one LP of DB and one of TB, is such a pleasant surprise that one or two anomalies can be overlooked. Although the applause sounds like a cross between Rice Krispies and someone crumpling cellophane, otherwise the atmosphere is convincing. Forget all that. This is intimacy with a capital ‘I’, a long-forgotten set performed on the Washington Mall for President Kennedy. Brubeck naturally offered “Take Five” and three more; Bennett obliged with “I Left My Heart In San Francisco”, “Lullaby of Broadway”, “One For My Baby”, “Rags To Riches”, “Just In Time” and five more—four with Brubeck’s backing. This is one to treasure.

Rated 90% for sound and given the HiFiNews Album Choice for August 2016!