A NOVEL OF ANOMALY / Andreas Schaerer 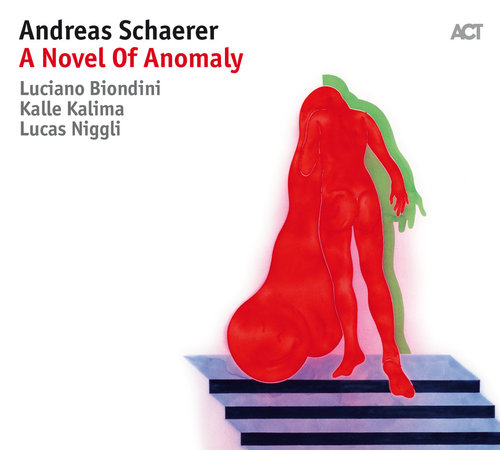 When the Berne-based vocal acrobat Andreas Schaerer met with Zurich drummer Lucas Niggli in 2013, they went on stage without any rehearsal beforehand and “it felt as if they had known each other for ages.” After a while they started playing regularly as a voice-and-drums duo, the duo turned first into a trio and then a quartet, featuring Luciano Biondini on accordion and Kalle Kalima on guitar. “A Novel of Anomality”, after Schaerer’s orchestral “The Big Wig” and improvisational “Out of Land” with Emile Parisien, Vincent Peirani and Michael Wollny, offers a more intimate approach to his vocal textures through eleven short stories and defines the instantly recognizable and compelling sound of the band.