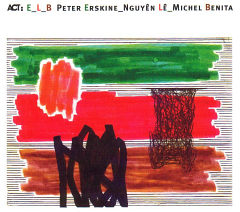 What seldom functions in everyday life is occasionally possible in music "There is no single leader with us. We’re all three on equal ground", guitarist Nguyên Lê commented. He continued, " We have something of a weakness for true democracy". No member of this trio, which was formed in France just two years ago, would presume the attitude "I’m the band"; and when that would be the case, then it would obviously go for all three. Three seemingly unspectacular letters suffice as the signature for this group undertaking: E_L_B. Written out, the initials stand for Erskine_Lê_Benita. And this is certainly everything but unspectacular. Whoever has followed jazz over the last ten to twenty years will give a whistle at these three names.

The three musicians have crossed paths again and again on different projects. "Peter Erskine and I had planned to put together a group for a long time", says Nguyên Lê. The first trio appearance with Michel Benita occurred in 1994, and after a meeting at the MIDEM in 1999, the three decided to continue this formation as a working group. 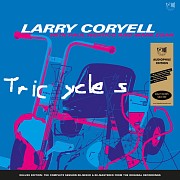