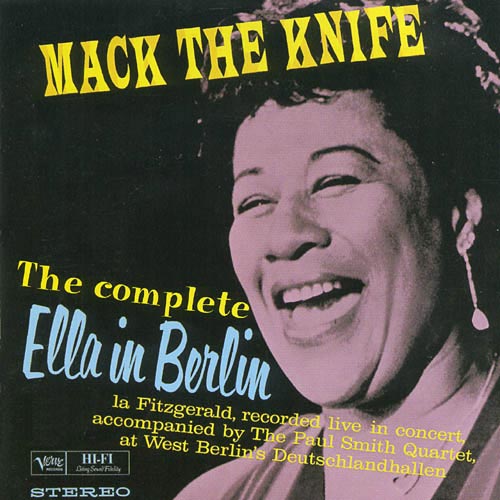 Ella in Berlin is a live album by the American jazz singer Ella Fitzgerald. This album was inducted into the Grammy Hall of Fame in 1999. One of Fitzgerald's most acclaimed live performances, at this concert in Berlin, Fitzgerald improvised lyrics for "Mack the Knife" after forgetting the original lyrics. In recognition for this, she received the Best Female Vocal Performance (Single) and the Best Vocal Performance, Female (Album) at the 3rd Grammy Awards.

"Fitzgerald is brilliant throughout the well-rounded set."
All Music