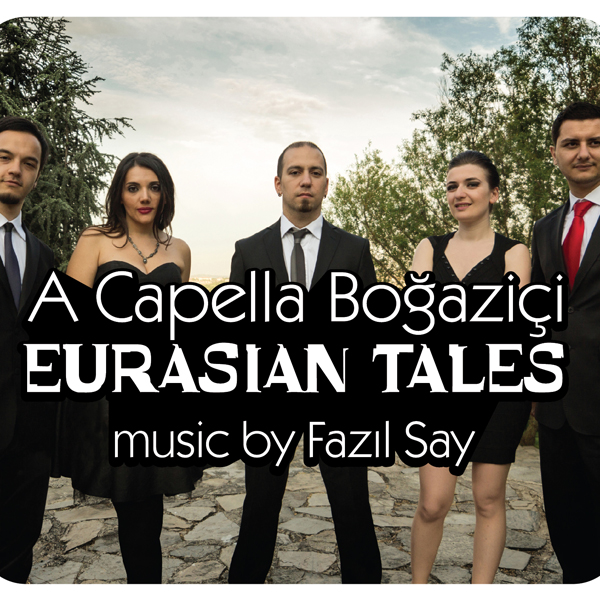 A Capella Boğaziçi consists of Seren Akyoldaş, Ezgi Arslan, Kaan Bayır, Recep Gül and Ali Göktürk. In 2012 Fazıl Say proposed them to make his sonata "Bodrum" and this project soon turned into a new album with the support of Say. The album named "Eurasion Tales" was recorded at Babajim Studios in 2013 and out now in stores through Equinox Music.

"I anticipate that the art of jazz will reach a whole new level with the creative contribution of A Capella Boğaziçi and wish them a pleasant journey towards success."
Fazıl Say