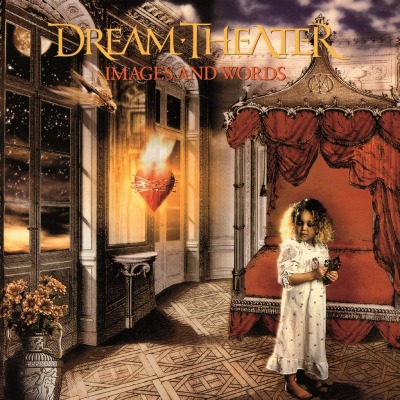 Dream Theater's first album with new vocalist James LaBrie is an excellent mix of various progressive metal styles. Berklee music school alumni John Petrucci on the six strings, bassist John Myung and drummer Mike Portnoy show impressive ability on their instruments. Standout tracks include the complex "Metropolis, Pt. 1", "Pull Me Under" (also released as a single and video, an MTV favourite in 1992), "Take the Time" and the 11-minute "Learning to Live." Images And Words proves that Dream Theater's musicianship and songwriting are above the norm, and they proved to hold up this high standard for years to come.

"This is a very good disc."
All Music