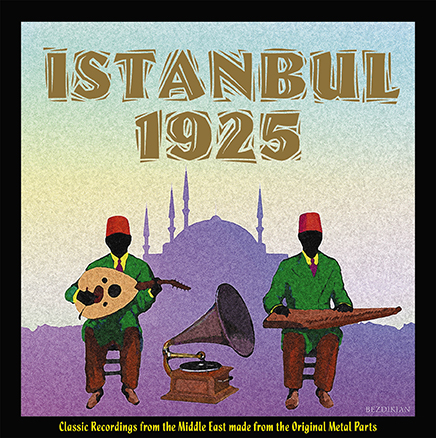 Between years 1890-1950, Istanbul harbored a rich cultural environment where music became the crossroads for Turkey's multi-ethnic population to come together. Turks, Greeks, Armenians, Jews, and Turkish gypsies merged their cultures to create a style of music which thrived in and around Istanbul for over half a century. With the decline of the Ottoman Empire, many of the classical musicians sought employment in the night clubs of Istanbul. Fortunately, many of the artists who pioneered the post-Ottoman music era were recorded on wax cylinders and 78rpm records. Recording companies such as Regent and the Blumenthol Talking Machine Company recorded many of the leading artists. Sahibinin Sesi (HMV) was already established in Istanbul in 1925 and recorded hundreds of albums featuring the legendary artists of the day, which later appeared on 78rpm discs in Europe and US through RCA Victor, EMI, HMV and Columbia.