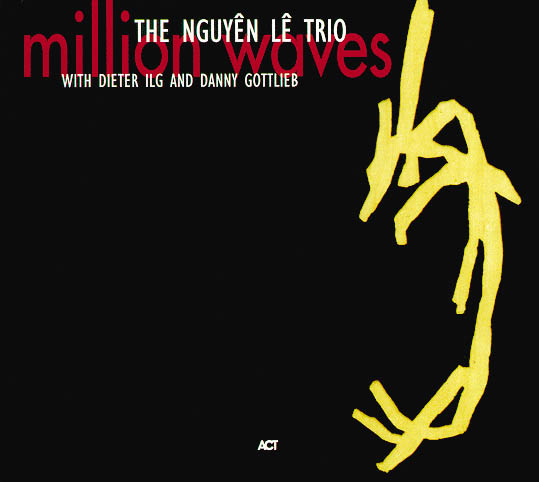 In April 1994 guitarist Lê, bassist Dieter Ilg, and drummer Danny Gottlieb participated in trombonist Bobby Brookmeyer’s production, "Electricity" (ACT 9219-2), at the WDR studios in Cologne, Germany. Afterwards the three got into a spontaneous jam session in the studio. On hearing the music, ACT producer Siegfried Loch decided that evening to record the group. "Million waves" is the satisfying result. The dazzling 21 minute session is presented on the CD under the title "Trilogy". Producer Loch pointed out it could just as well have been titled "Birth of a Trio", since the session, recorded almost by chance, was the origin of this record. The statuesque "Mille Vagues" was inspired by ancient traditional Korean court music. Like a bird on a tortoise’s back, the aerial melodies balance on the massive hieratic drums. "Million Waves", like the million events which fashioned us; like the million traces we leave on the way.