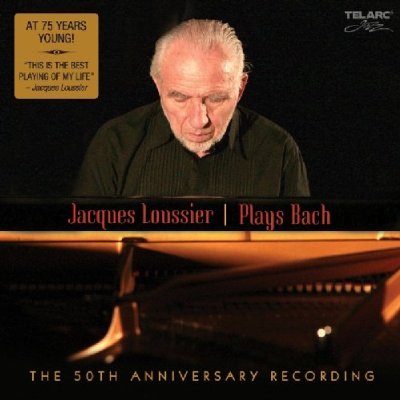 Jacques Loussier assembled the first incarnation of his Play Bach Trio in 1959, and immediately forced musicians and audiences of both jazz and classical music to rethink the boundaries – and indeed, the similarities – between their respective genres. Five decades later, Telarc International – a division of Concord Music Group – celebrates this landmark anniversary with the release of "Jacques Loussier Plays Bach: The 50th Anniversary Recording".

"If listeners could get another 25 years of this kind of thing out of Jacques Loussier and his trio, the world would be a happier place."
All Music