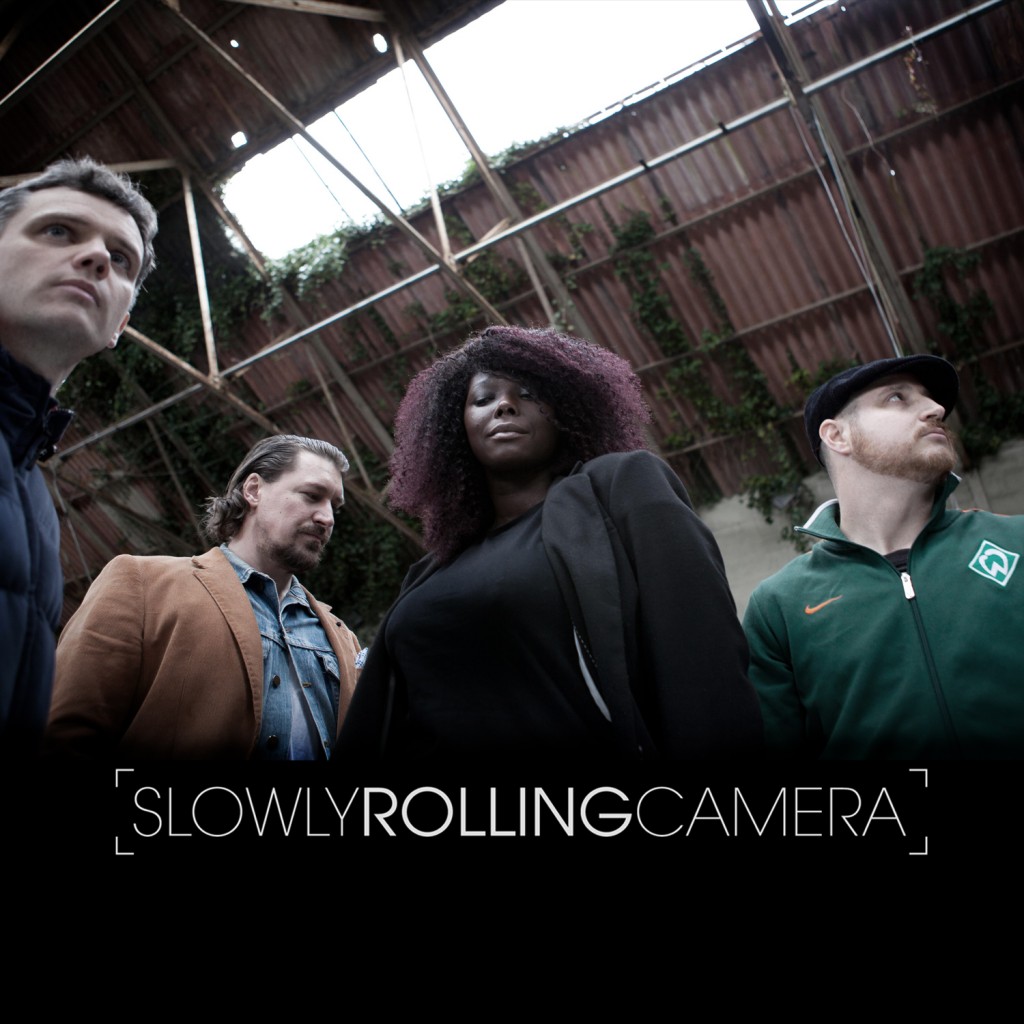 Slowly Rolling Camera, is the new project that teams up pianist-composer Dave Stapleton, producer Deri Roberts, vocalist-lyricist Dionne Bennett and drummer Elliot Bennett. The result is music that has distinct echoes of the ‘invisible soundtracks’ of UK progressives Cinematic Orchestra and Portishead.

Dipping into a diverse world of trip-hop, jazz and drum and bass rhythms, the record is influenced as much by the Cinematic Orchestra and Portishead as by James Blake and Bonobo, this music is both ethereal and visceral, brimming with real emotion and restless intelligence.

Produced by Andy Allan (Portishead, Massive Attack), ‘Slowly Rolling Camera’, is the self titled début album set for release early 2014 on Edition Records. The albums free flowing soul and digital funk shows a boundless approach to arrangement, from the warm, free flowing and texturally rich harmonies of tracks such as ‘Bridge’ and ‘Rain That Falls’ to the vibrating rhythms and ambient soundscapes of ‘Protagonist’ and ‘Rolling Clouds’, this is a remarkably produced album full of beauty and emotion.

The 4 band members have known each other for over 10 years playing in various jazz, funk & soul bands in the clubs of Cardiff, but it wasn’t until 2012 when they converged to form Slowly Rolling Camera. Bringing together 4 unique approaches in writing and production, the results are a highly original and collaborative sound from people that know each other, and know playing together. Expanding to a 7 piece for the live set, this band is a formidable unit.

"This album heralds the arrival of a new and distinctive ensemble."
All About Jazz