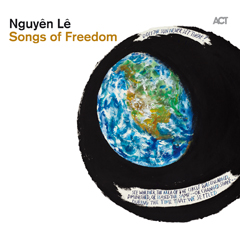 As a result, this isn’t an album featuring standard cover versions. Instead, familiar melodies are introduced with great respect to pulsating new sound streams from all over the world. “Music is like a bird. Once it has been released it will fly in any sky. The earth becomes rounder and rounder and invites all cultures to an exchange and to immerse themselves in one another. This leads to the freedom to make these songs one’s own: to still lovingly play the original melodies yet with the boldness of our own arrangements which celebrate the realm of imaginative power and fantasy,” says Nguyên Lê.