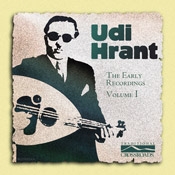 Udi Hrant Kenkulian, who is also known as "Hrant Emre" in Turkey, is the blind master of the ud. Born in 1901 near Istanbul, he is regarded as one of the greatest innovators of modern ud playing, and one of the most unique singers of Middle-Eastern Blues genre. Just like the blues performers in US, Udi Hrant is one of the most successful artists in Turkey who has built his own style through the melodies and lyrics that come from the hardships of life.

Hrant's discography spans more than fifty years, beginning in the late 1920's. His first recordings were of taksims (improvisations) in the modes Hicaz and Hüzzam. His 78 recordings from Turkey were issued in the United States commercially by RCA Victor, Balkan, Perfectaphone, Yildiz and İstanbul recording companies, which would change ud playing forever, inspiring a whole new generation of ud players both in America and Turkey. While Hrant's songs have remained popular even in modern-day Turkey, it was his performances in the art of taksim, instrumental improvisation, for which he was most respected. This is a compilation of the complete early recordings transferred from the original discs, including many of his original compositions, rare recordings of Hrant playing the violin, and ud solos. Also included are his most famous taksims (improvisations) recorded when Hrant was only nineteen. Digitally remastered, each volume contains over an hour of music, detailed liner notes and rare photographs.

"...a man who, like Jascha Heifetz or Earl Scruggs, revolutionized the use of the instrument."
Victory Review 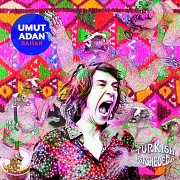