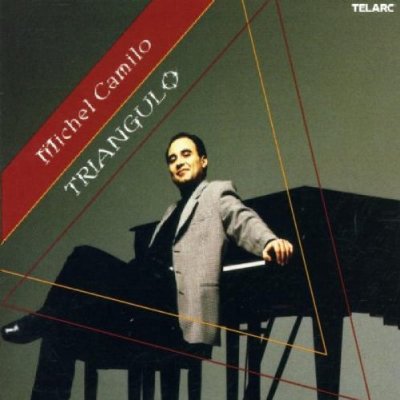 "Triangulo" is loaded with uptempo rhythms and includes a mix of original tunes along with four compositions by other artists including Dizzy Gillespie's "Con Alma" and Mike Manieri's "Las Dos Lorettas". Best known for his work with trios, Camilo's complex, almost orchestral arrangements demand the highest level of musicianship which on this album is supplied by bassist Anthony Jackson and Cuban drummer Horacio "El Negro" Hernandez.

"After recording many albums with a highly produced sound, Camilo wanted to finally capture an accurate representation of the piano’s acoustic beauty, overtones and all."
Jazz Times