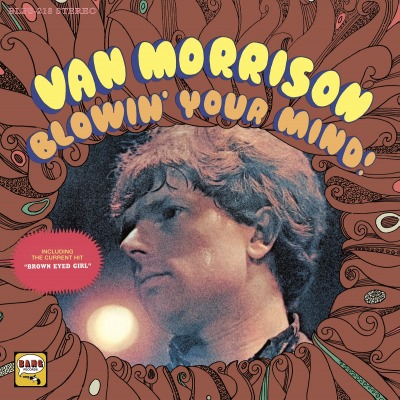 Blowin' Your Mind, the first album by Van Morrison, is generally regarded as the warming up round to Astral Weeks (1968), a critically acclaimed masterpiece by this Northern Irish blues singer. But Blowin' Your Mind really is a masterpiece in its own right, containing truly epic tracks such as the megahit "Brown Eyed Girl", the somewhat funky "Goodbye Baby (Baby Goodbye)" and "Midnight Special", a traditional with a contemporary groove and infectious bass line.

"T.B. Sheets", one of the most real songs about death you'll ever hear, is a 10-minute organ packed blues jam about a dying girlfriend and one of the sweatiest and claustrophobic tunes to come out of the sixties. The latter song has been used to good effect as the sole soundtrack song to the highly recommended Nicholas Cage & Patricia Arquette movie "Bringing Out The Dead" (1999), and was also covered by John Lee Hooker.