WE ARE CATCHERS / We Are Catchers 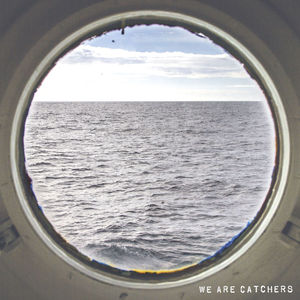 Tripping across oceans of sound, We Are Catchers effortlessly melds the cascading melodies of the Pacific coast to the kind of stargazing melancholy that’s always haunted Liverpool’s greatest artists. It’s an album that looks out from the Water’s Edge and dreams its way across seas and continents, traversing the invisible (but undeniable) pathways that connect the mid-west coast of England to the west coast of the USA.

A beautiful, timeless collection of songs, We Are Catchers (real name Peter Jackson) summons up the spirits of legendary Mersey beasts like Mick and John Head, the Crucial Three, Bill Ryder Jones, Lee Mavers and the Wild Swans whilst chiming gorgeously with dusty echoes of records by Brian Wilson and Arthur Lee.

"This works as both a confident and assured introduction as well as an ideal record for the long, hot days ahead."
musicOMH