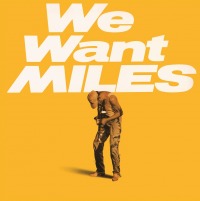 "We Want Miles" is a collection of live recordings from Boston, New York (where he had played his last gig in 1975) and Tokyo from 1981. This is the first vinyl reissue since its original release in 1982, on double 180 grams audiophile vinyl in a gatefold sleeve with its original artwork. Playing with him are a level headed Marcus Miller on bass, Al Foster on drums, Mike Stern on guitar (not afraid to let it rip every once in a while), Mino Cinelu on percussion and Bill Evans holding his own on saxophone.

"Treasure awaits."
All About Jazz