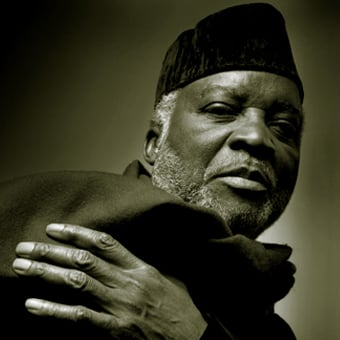 Ahmad Jamal was born in Pittsburgh in 1930. He first started playing the piano at age three, began his formal training at age seven, and was performing professionally by 11. By his teenage years, he had completed studies equivalent to a master's degree, and he had also taken up jazz, inspired by the likes of Erroll Garner, Art Tatum, Teddy Wilson, Count Basie, and Nat King Cole. He formed his own group the Three Strings in 1950, which also included bassist Eddie Calhoun and the highly percussive guitarist Ray Crawford.

A sorely underexposed figure and a major influence on Miles Davis, pianist Ahmad Jamal isn't generally ranked among the all-time giants of jazz, but he impressed fellow musicians and record buyers alike with his innovative, minimalist approach. Jamal's manipulations of space and silence, tension and release, and dynamics all broke new ground, and had an impact far beyond Jamal's favored piano trio format. As an arranger, Jamal made the most of his small-group settings by thinking of them in orchestral terms: using his trademark devices to create contrast and dramatic effect, and allowing the rhythm section a great deal of independence in its interplay. Nonetheless, his ensembles were always tightly focused as well, following their leader through sudden changes in tempo or time signature, and often carrying the main riff of a tune.