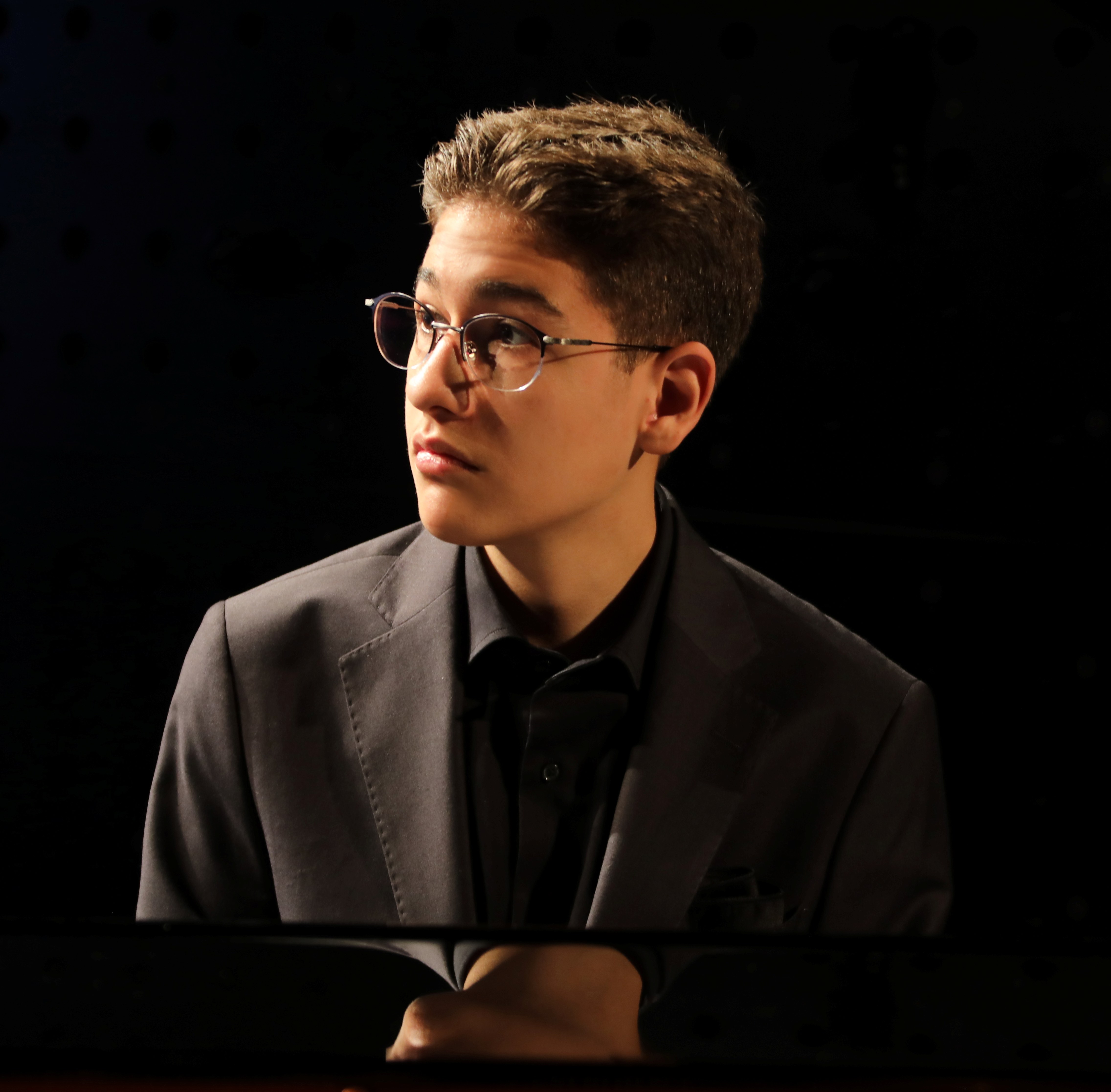 Hakan Başar (Jr.) ,who was born in 2004, began playing piano when he was 8. After some ephemeral private lessons he has continued his studies with his father, who is a guitarist.

Başar continues his musical studies at full steam besides his student life. His first recordings have been recorded at İTÜ MİAM Studios in the end of 2015. After he had taken part in written and visual media many times, he has been finalist of İstanbul Jazz Festival-Young Jazz, so he deserved giving concert within festival when he was 12.

Within this time period, he has met with particularly Chick Corea and then Ron Carter, Russell Malone, Eddie Gomez, Donald Vega. He got a chance for a workshop with Chick Corea before Corea's concert in İstanbul.

Recordings of his album ,that started in September 2017, have been made in Babajim İstanbul Studios & Mastering.

These recordings have been followed by many valuable people abroad who are interested in music through social media and have gained a lot of appreciation.

His recording dated 2nd July 2018 ,that is Michel Petrucciani's On Top Of the Roof, was broadcasted on a radio show called Coco Jazz in Montreal (Canada). It was Hakan's first overseas event.

Hakan appeared as a guest in a concert of İBB Kent Orchestra at CRR in January 2019 and he took the stage with Hakan Aysev.

In April 2019, Hakan was at CRR's stage with TRT Jazz Orchestra this time.

Akbank Sanat played host to Hakan Başar on 22nd May 2019. Special guests of Hakan Başar Trio concert were Martin Hummel ,who is founder and director of Ubuntu Music & Ubuntu Management Group, and his precious wife Leslie Husbuls Hummel. Mr. Martin Hummel is executive producer of Hakan's album "On Top of the Roof". They came from U.K. for Hakan. Hummel referred Hakan and his album's release date in his addressing speech. Also he said that Hakan was definitely a member of Ubuntu family.

Within that period, Hakan and his family have made a crucial decision and they determined Hakan's path as music thus Hakan is within Pera Fine Arts High School henceforth. The establishment ,which Hakan gave his first concert, welcomed him with open arms.

Hakan's debut album called "On Top Of The Roof" released on 18th October 2019 by Ubuntu Music (UK) and this album has been distributed all over the world. Then his first important overseas concert was on 15th November 2019, at Pizza Express Jazz Club Soho within EFG London Jazz Festival. Show had wide press coverage in UK. Mike Collins from London Jazz News did an interview with Hakan. In addition, album tracks of Hakan have been broadcasted on Jazz FM ,which is one of the most outstanding jazz radio channels in the world, for weeks.

"Hakan is playing music that moves and excites him and it takes the audience along. This was the start of the festival, and it was also a big step on what should be a long journey on the international jazz stage for the young pianist."

Mike Collins is a pianist and writer based in Bath, who runs the jazzyblogman site.