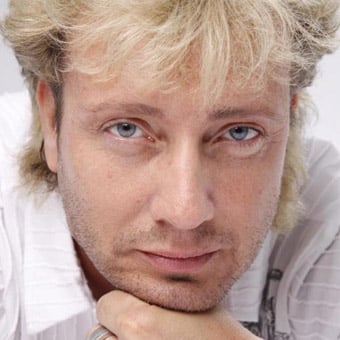 Jens Thomas was born in 1970 in Germany. He began studying classical piano at the age of six, and at the age of fifteen started playing in rock bands and experimenting with electronic keyboards. While most jazz pianists were nurtured on Monk, Bud Powell, and Herbie Hancock, Thomas's earliest  influences were the Police,  AC/DC, Schönberg, Ligeti and Wolfgang Rihm. In 1989 he discovered the world of Jazz, and at 21 he began five years of Jazz and classic music studies with Dieter Glawischnig at the Academy for Music and Theater in Hamburg. Jens had by this time co-founded the piano trio "Triocolor". In 1994 Triocolor won first prize at the EEC's European Jazz Contest. The following years followed with extensive  tours.

"Jimi Hendrix of the piano."
Stadtanzeiger