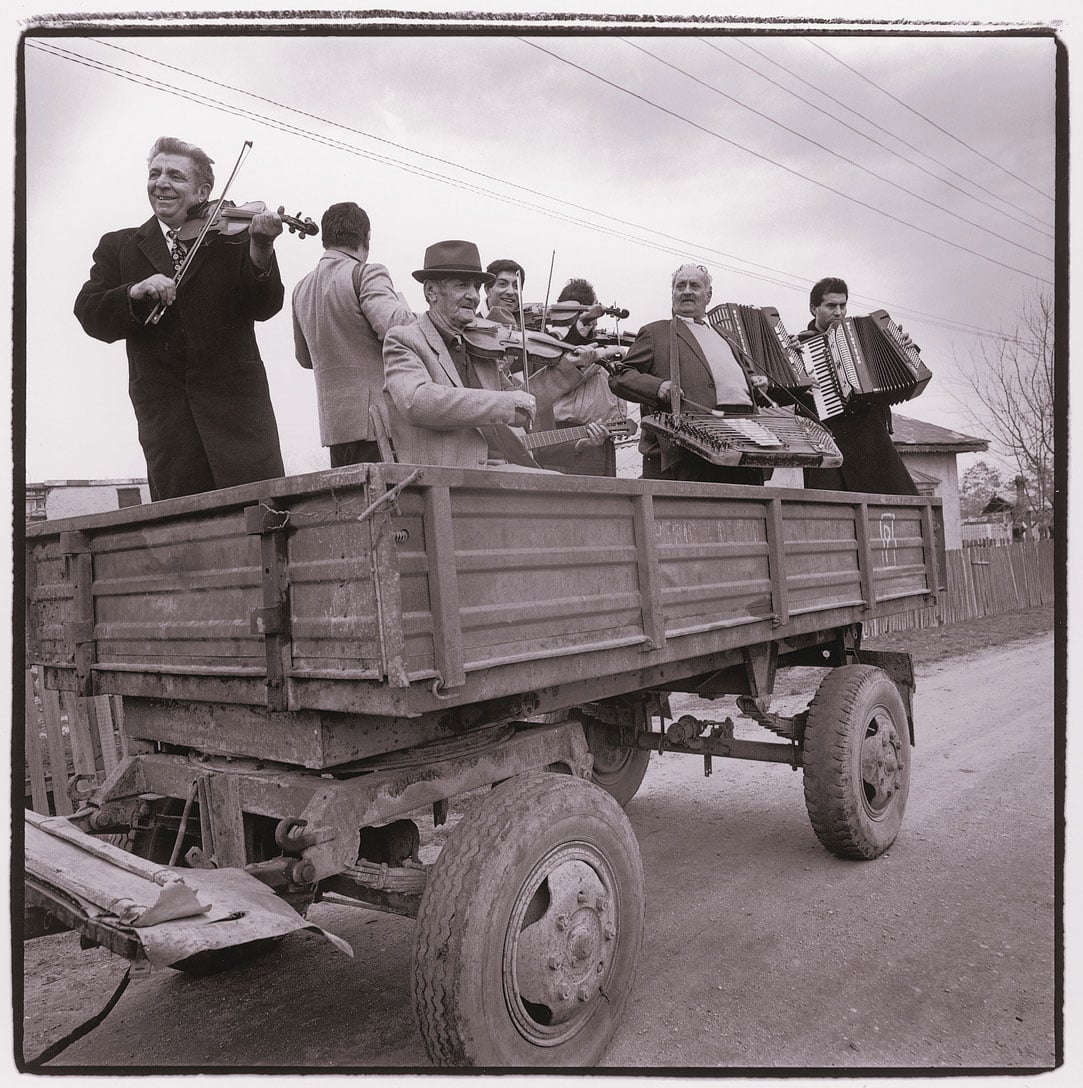 Ever since their first visit to western Europe back in 1991, Taraf de Haïdouks have been considered as the epitome of Gypsy music's fabulous vitality. They've relentlessly toured all around the globe, have released acclaimed albums and a DVD, and their countless fans include people like the late Yehudi Menuhin, Kronos Quartet (with whom they've recorded and performed), actor Johnny Depp (alongside whom they appeared in the film "The Man Who Cried"), fashion designer Yohji Yamamoto (who invited them to be models-cum-musicians for his Paris and Tokyo shows) and many more. Meanwhile, the band members seem to have been relatively unaffected by all humdrum, they've retained their sense of humour, and their way of life (they still reside in their modest village of Clejani, in the Valachian countryside).