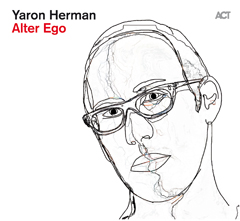 On "Alter Ego" a kaleidoscope of memories passes by some longingly solemn, some full of passion and joy. Clearly referring to the Jewish musical tradition, Herman presents a loving homage to his origin. For the first time, Yaron has expressed such emotions on record with a quartet. Alongside him, on saxophone, is Emile Parisien, another brilliant ambassador for his generation, one that bubbles freely without any complexes; on double bass is Stéphane Kerecki, a loyal friend and peerless bassist who regularly plays on tour with Yaron. Finally, there's also his "long-time brother", Ziv Ravitz, an Israeli drummer who completes the line-up marvellously. And they have a special guest: saxophonist Logan Richardson skilfully contributes that special colour which typifies the new generation of musicians from New York.

"An inner journey with a new band of close musical soulmates."
Süddeutsche 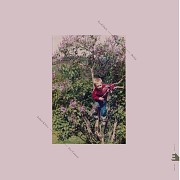