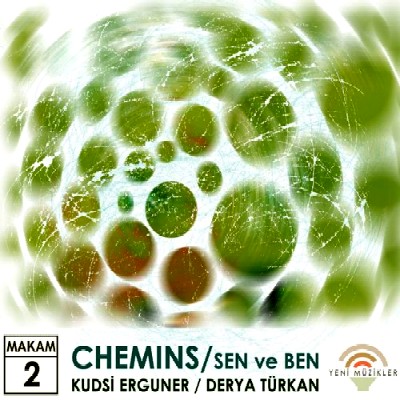 Inspired by Mevlana, Kudsi Erguner joined with young master of classical Turkish kemençe, Derya Turkan, to record Chemins album which fragments the journey of human being from uterus to hereafter.

All tracks written by Kudsi Erguner except “Éxil”, an arrangement of “Gurbet” by Dede Süleyman Erguner. Chemins is published as the second installment of a special series named MAKAM in which Kudsi Erguner’s recordings are collected by the Turkish label Equinox Music & Entertainment.