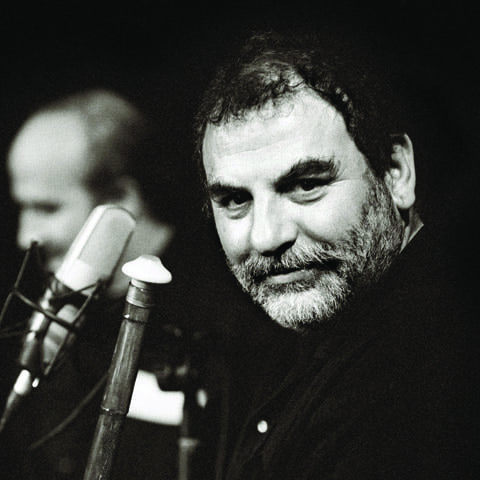 A master of traditional Mevlevi Sufi music and one of the best-known players of the Turkish ney flute, Kudsi ERgüner was born in Diyarbakır, Turkey in 1952. He started his musical career in Istanbul Radio in 1969. For several decades, he has researched the earliest roots of Ottoman music which he has also taught, performed and recorded.

In the seventies Kudsi Erguner moved to Paris where, at the beginning of the eighties, he founded the Mevlana Institute devoted to the study and teaching of classical Sufi music. Together with the Kudsi Erguner Ensemble he developed deep insights into the diversity of his culture: the group conveys both authentic, often improvised forms of ex

He took part in Peter Brook's movie Meetings with Remarkable Men in 1978. In addition to his own recordings, Erguner has performed with Peter Gabriel (The Last Temptation Of Christ soundtrack), William Orbit's band Bassomatic (Set the Controls for the Heart of the Bass), Jean Michel Jarre, Maurice Béjart, Peter Brook, George Aperghis, Didier Lockwood, Italian singer-songwriter Alice and Michel Portal.

"A story of our time, of the search for eroding values, a living tradition.'
Peter Brook