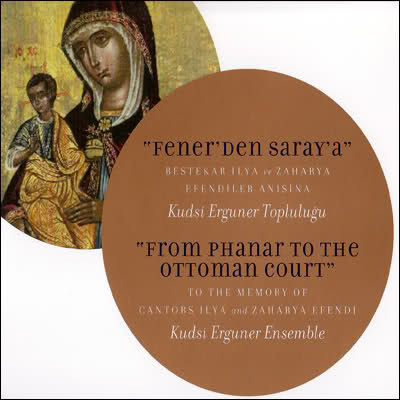 The album is the recording of the concert in Istanbul’s Hagia Eirene Museum on June 27, 2007. The concert was organized by the Vehbi Koc Foundation and the 35th International Istanbul Music Festival on the occasion of the First International Sevgi Gonul Byzantine Studies Symposium. The aim of the concert was not only to carry out a project of music archaeology but to underline the fact that now-forgotten musical masterpieces created only a few centuries ago in Istanbul can be revived and listened to with pleasure when the effort is made. As Rumi said, "The one who loves sugar, loves it in its every form." In a similar vein, the one who loves music will find the music of all eras and civilisations appealing.