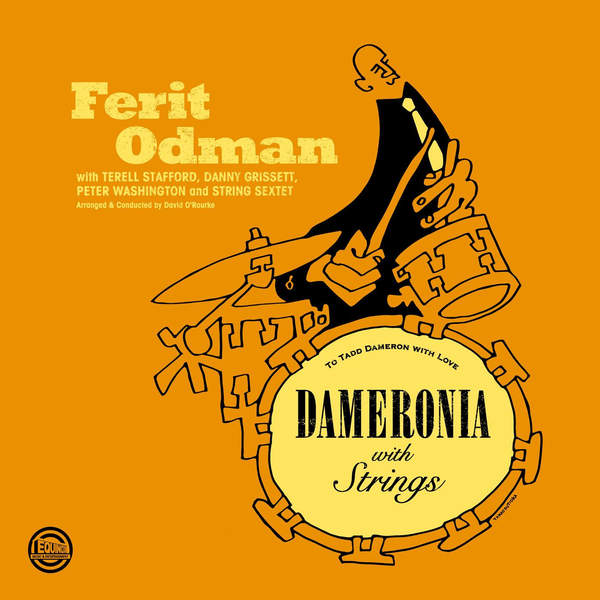 One of the most exciting new generation artists of jazz in both Turkey and Europe, Ferit Odman, is back with an incredible album. After "Nommo" (2010) and "Autumn In New York" (2011), which have been praised by jazz critiques and listenersw worldwide, "Dameronia with Strings" offers guaranteed satisfaction to both jazz lovers and audiophiles. The album is created by multi-talent arranger David O'Rourke adapting the music of one of the most significant composers of Bebop, Tadd Dameron (1917-1965) into a string sextet and it was recorded at Bunker Studios in New York with Odman as the leader. The album was recorded into tapes in a purely analog sense and the vinyl mastering from the tapes took place at Sterling Sound in New York. The audophiles have been waiting in line for the vinyl which is pressed at Germany Pallas GmBh as limited to 1000 copies. "Dameronia with Strings", released by Equinox Music as limited edition of 1000 CD and LP copies, is a very detailed work that offers jazz lovers the clean and natural analog sound. The perfect design and illustrations on the album are created by Japanese artist Takao Fujioka.

"Dameronia With Strings is a jazz masterwork that all the musicians involved in its making should be proud of; not only for their performances but for how wonderful a tribute it is to Tadd Dameron."
Heath Andrews

"...not only using his material but bringing something extra to the table."
Jazzwise
"This is an album of elegant, melodic tunes filled with great beauty that will make you feel good from the first note of “On a Misty Night” to the second side ender, after which you will wish there was more."
Analog Planet