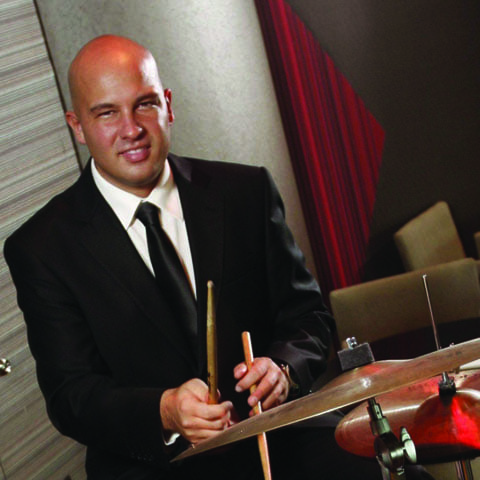 Ferit Odman, born in 1982, is an on demand and busy jazz drummer based in Istanbul. He started his music studies in Sweden as an AFS exchange student in 1999, got a full scholarship to get his B.A. in Music at Istanbul Bilgi University, attended the School For Improvisation workshops in NYC, and has been granted a Fulbright Scholarship to further build on his studies at William Paterson University. He spent / played two years in NYC, studied with jazz greats like Mulgrew Miller, Harold Mabern and Bill Goodwin and he holds a M.M. (Master of Music) degree in Jazz Performance.

He became heavily entrenched in the Turkish jazz scene at a young age and recently performs and tours with Turkish pianist Kerem Görsev, while leading his own quintet and promoting his debut CD release “Nommo” that he recorded in New York with Vincent Herring, Brian Lynch, Burak Bedikyan and Peter Washington.
Ferit Odman is an Istanbul Agop Cymbals endorser

“...They (Odman & Washington) perform like two halves of the same heart, pulsing and contracting behind a series of brilliant conceptions by the soloists...”
Nick DeRiso, Somethin' Else