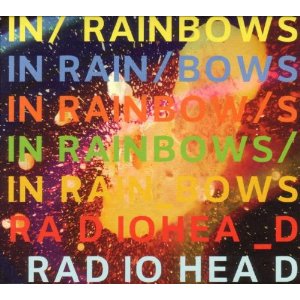 In Rainbows is the seventh studio album by Radiohead. Recording with producer Nigel Godrich, Radiohead worked on In Rainbows for more than two years, beginning in early 2005. The album entered the UK Albums Chart and the US Billboard 200 at number one; by October 2008, it had sold more than three million copies worldwide in both digital and physical formats. In 2009, the record won two Grammy Awards for Best Alternative Music Album and Best Special Limited Edition Package.

"Once again, Radiohead have proven themselves priceless. "
Q Magazine