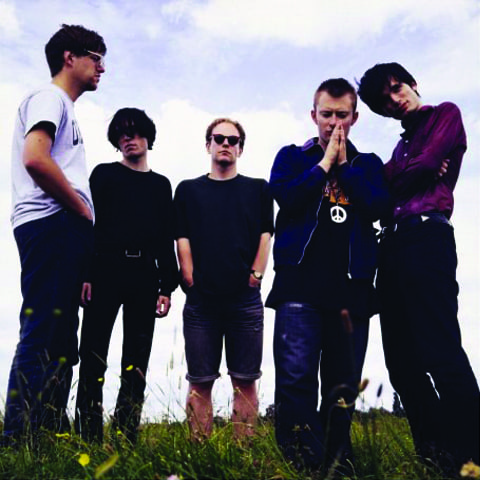 Radiohead are an English rock band from Abingdon, Oxfordshire, formed in 1985. The band consists of Thom Yorke (vocals, guitars, keyboards), Jonny Greenwood (guitars, keyboards, other instruments), Ed O'Brien (guitars, backing vocals), Colin Greenwood (bass) and Phil Selway (drums, percussion). Radiohead has received the Best Alternative Music Performance award three times at the Grammy Awards, for OK Computer in 1998, Kid A in 2001, and "In Rainbows" in 2009. At the MTV Video Music Awards, the band received the award for Best Art Direction for "There There" in 2003. Radiohead has also received the Best Act In The World Today award three times at the Q Awards, in 2001, 2002, and 2003. Overall, Radiohead has received 11 awards from 40 nominations.