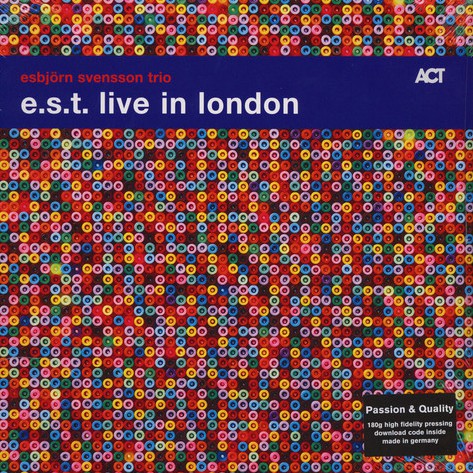 The release of this album marks a poignant moment: the tenth anniversary of the tragic and premature death of Esbjorn Svensson on 14 June 2008. It was recorded at a completely sold-out Barbican Centre in 2005, during a hugely successful and highly popular UK tour. It is e.s.t. at the peak of their creativity touring after the release of their to-date best selling album “Viaticum”.

"...highly recommended and an essential for collectors who believe that jazz is meant to be a fluid, shifting genre."
All About Jazz