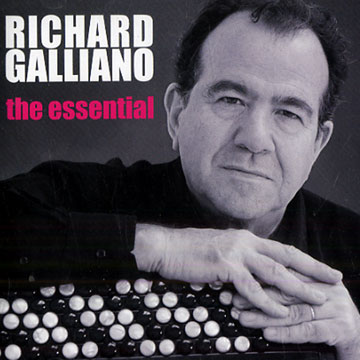 Having worked for more than ten years with Dreyfus Jazz, I am pleased to present you this double album, the essence of my work and of my recordings over the years.
Francis Dreyfus made it possible for me to record my work in many different forms, accompanied by a string orchestra (Passatori, Piazzolla Forever), with a jazz quartet (Viaggio, New York Tango), as part of a trio (French Touch, Ruby My Dear), as a duet (Blow Up, Face to Face), and of course as a soloist. Francis Dreyfus and I shared many ideas about music, believing that the sound of music is at once the DNA and the aura of the musician. We traveled together down some of the same artistic paths, encountering and working with some of the world's greatest musicians: Eddy Louiss, Biréli Lagrène, Michel Portal... These were some of the happiest moments I have experienced as both a musician as an artist. After Francis Dryeufs passed away, his wife, Hélène Dreyfus, had the idea to create this special double album. For me it shall be a tribute to my first producer, my great friend Mister Francis Dreyfus.
Richard Galliano

"A full orchestra swoops around the sensuous ballads, whirling waltzes and sultry tangos."
The Guardian