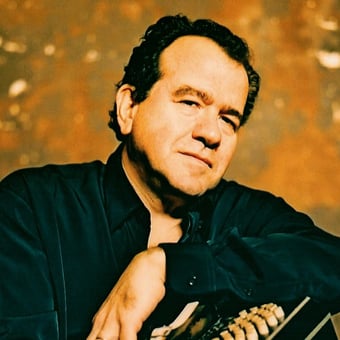 Richard Galliano is a French accordionist born in 1950. He was drawn to music at an early age, starting with the accordion at 4, influenced by his father. After a long and intense period of study (he took up lessons on the trombone, harmony, and counterpoint at the Academy of Music in Nice), at 14, in a search to expand his ideas on the accordion, he began listening to jazz and heard on records the great trumpet player Clifford Brown.

“Richard Galliano changed the history of the accordion: today we can speak of speak of ‘before’ and ‘after’ Galliano.”
Yasuhiro Kobayashi – Japanese accordionist, Björk’s accompanist